You're the kind of girl that can take down a man, and lift him back up again


Grocery shopping on a day after work is something I hate. I dislike grocery shopping to begin with. And it was an extra kind of hell this sunday evening. It's been a funky day for me. I woke up in a decent mood. But of course a few swipes and answered messages on tinder had soured my mood today. So imagine my distaste when I see a grocery store full of couples. I'm a single. A minority. A horrible feeling after playing the "I'm still single" pity party game....

It all started when I was told that I'm too independent to be married. Ever. I was taken a back when I heard the statement being told to me. Do I take it as a compliment? An insult? I mean the independence part isn't wrong. I'm working very hard for my future, just earned and settled into a role in my career I've dreamed of for so long, about to take my first vacation BY MYSELF (future blog post on that experience) and generally working on improving myself and my entire life by myself for myself.


Being super independent and goal driven has always somewhat been an insecurity of mine. My high school sweetheart told me it was intimidating to other men. My ex lost it on me because I drunkenly told him that I didn't need him. Another guy told me I worked too late so he dumped me. It was something I worried about all through my twenties. And at 31 I just got over that fear. Why does my drive scare people? The fact that I'm OK eating alone, seeing a movie by myself. Hell traveling and LIVING ALONE!! Wouldn't it attract a guy knowing that I don't want his money? That i just want someone to share experiences with when I choose to.

I'll admit that as a little girl I didn't dream of marriage and a mini van full of rug rats. I didn't dream of my Prince Eric. Not just one guy. My barbies went camping, went to the mall, to the movies. They lived without fear that they will die alone because they enjoy living their own damn life with no rules or expectations. No Ken in sight. That's all I ever dreamed of. Is to live my life in my dream apartment taking dream vacations by myself. Being a career girl. Hell I ADMIRE those women that have it all even without a man that are pushing 40, 50 and beyond.


So why do I let one person's opinion hurt me? Well because it is family. Also because I don't want to believe I'm too strong, too independent, too hard working. That was the basis of this blog. The rambles of a very emotional, opinionated, single woman. There are no apologies for being me. For wanting to do and have it all. Is there a guy out there that isn't afraid to not be needed? I sure as hell hope so. Will I stop doing me in fear of other peoples' opinions? HELL TO THE NAWWWW!!!! HONTAY Man or no man I will not stop working to improve who I'am. I will stop listening to people that tell me I'm too much of something to have what I really want. I want it all and you bet your ass I will have it. 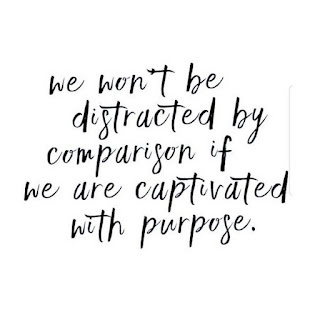